Terrazzo 2018 Job of the Year: Artists Collaborate on “Body Geography” 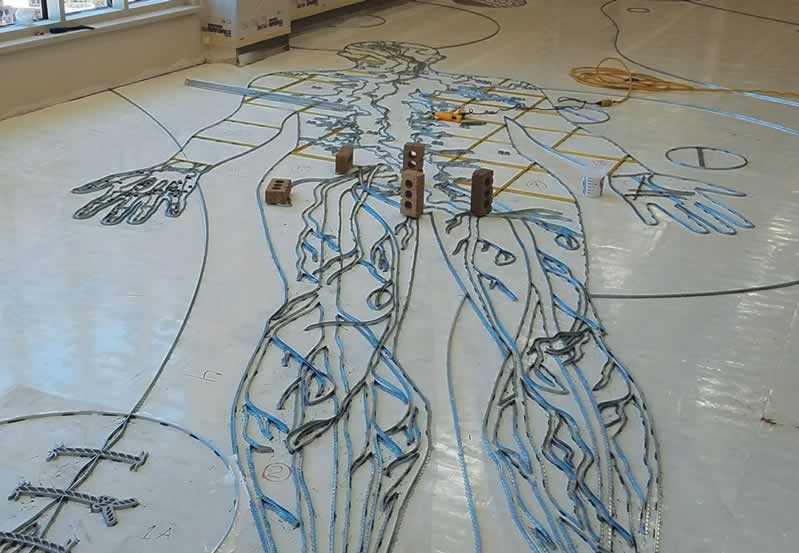 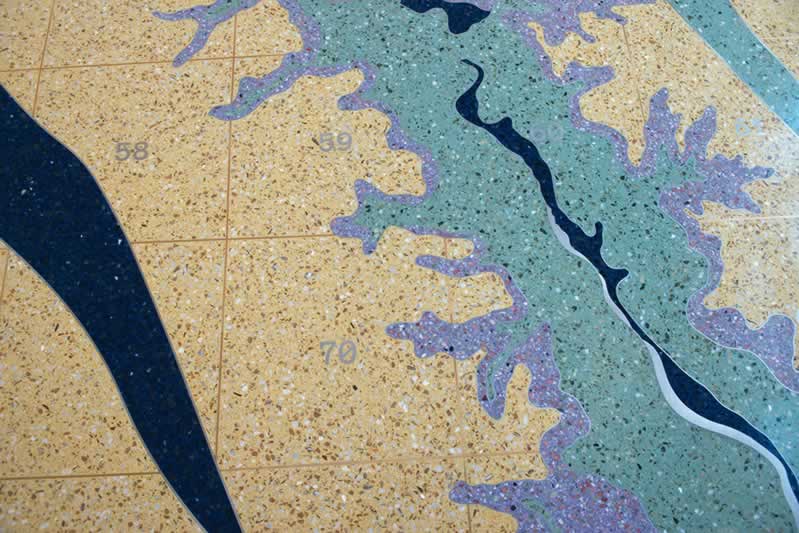 “Body Geography,” in the entryway of the university’s new medical training center in Amarillo, is the product of a collaboration between two artists. The duo is well experienced in the art of terrazzo. Carolyn Braaksma of Denver typically takes the lead as a colorist, continually expanding her repertory of epoxy-aggregate mix recipes. Meanwhile, Brad Kaspari of Minneapolis spearheads the metal fabrication and generates shop drawings.

The artists learned to create with terrazzo by doing, they said. The first time they saw a call to artists for a floor, they tackled it together.

“We figured out the rules of what it can do and be, and now we stretch the rules: the visual part of it, with waves or curves,” said Ms. Braaksma. “It’s like making a gigantic drawing.”

In keeping with the medical training center’s mission, the human body is the focus of the design concept. A topographical representation of Palo Duro Canyon, Amarillo’s iconic geographic feature, is depicted as a surgical cut in the human torso. An assortment of familiar medical imagery complements the design.

The 26-foot-long human figure in the floor was too large to be assembled in the shop. Mr. Kaspari glued preformed metal strips to fiberglass mesh, producing six or seven separate components small enough to ship and handle. Onsite, the artists were finally able to see the full layout.

Mr. Kaspari likes to fabricate the metalwork in-house as much as possible, he explained, for an extra level of control and detail. The artists continue to evolve the design, tweak and shift angles, and “draw with the metal” right up to the end.

“I love terrazzo as a material because it’s both graphic and 2D, with bright colors, but it’s also sculptural. It’s an interesting mix of materials to explore and there’s such wide range of things you can do with it,” he noted.

“We argue that the difference between basic terrazzo and art is not that much in terms of budget. It doesn’t add that much to the budget, but it adds so much, especially to an atrium space or a public building,” Mr. Kaspari said. “You have to have a floor, so why not an art floor?” 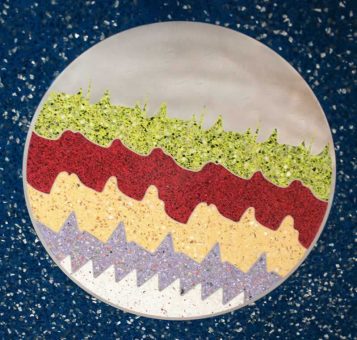 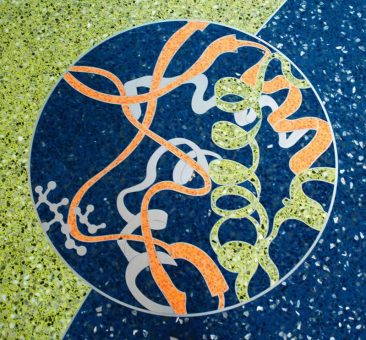 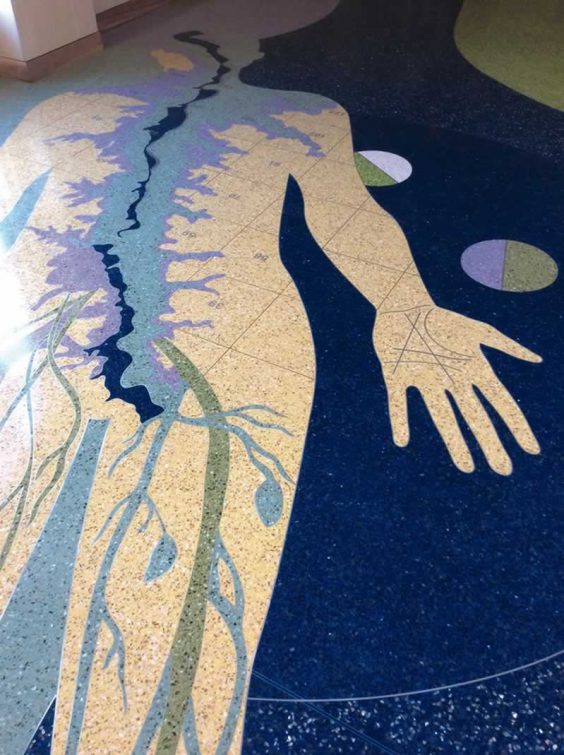 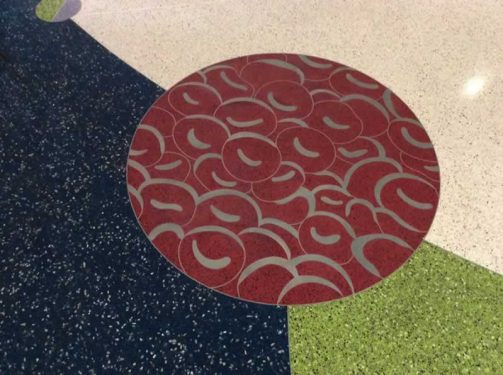 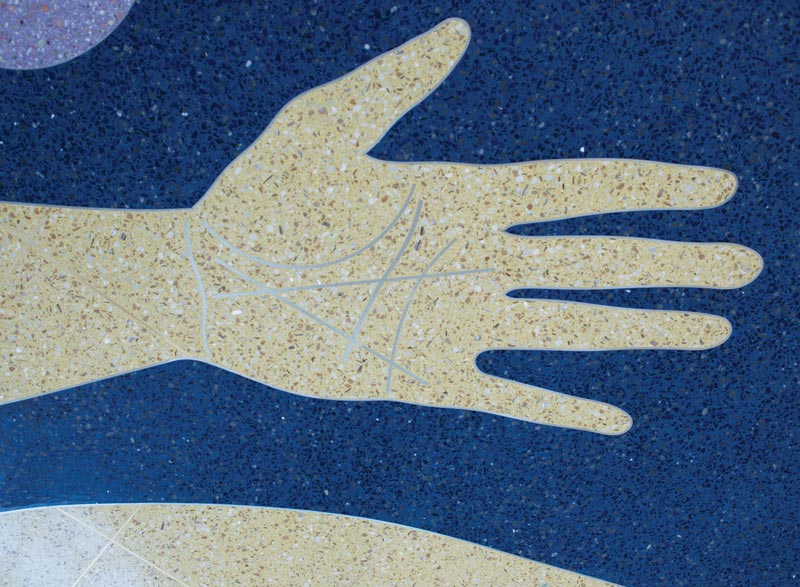 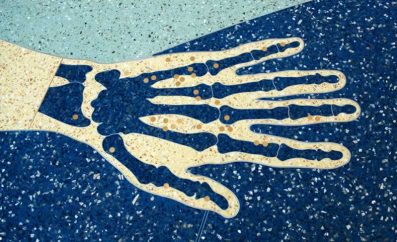